Auto save when no more tasks left

we would like to automatically save the stream when it is exhausted (no more tasks left) or when closing a tab. Wondering if this can be enabled or if there are any examples of it.

For example when I run:

and my dataset is this: 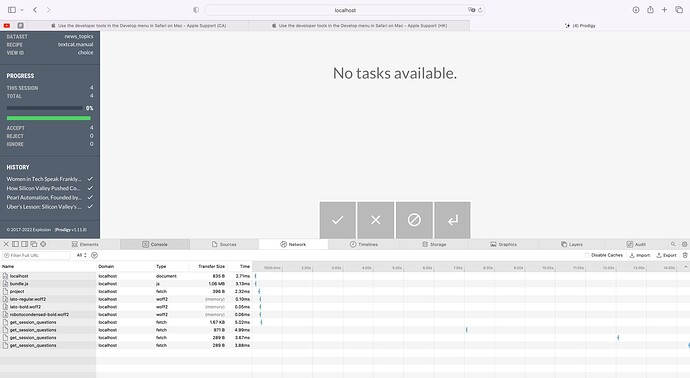 And to invoke give_answers I have to hit save. 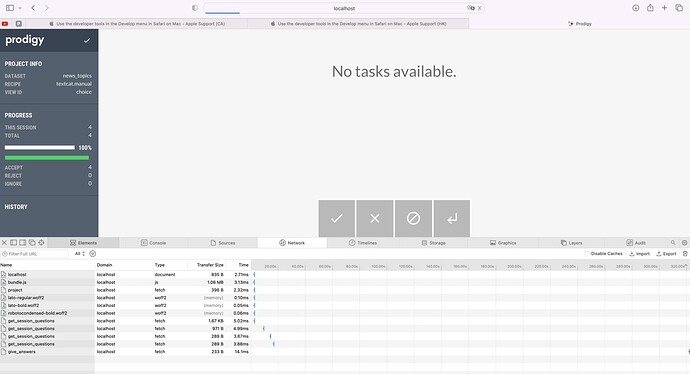 Wondering if there could be such feature to give control over annotated examples that are smaller than batch size.

I just loaded an examples.jsonl with a single example and was able to confirm that when you're presented with this interface after a single annotation. 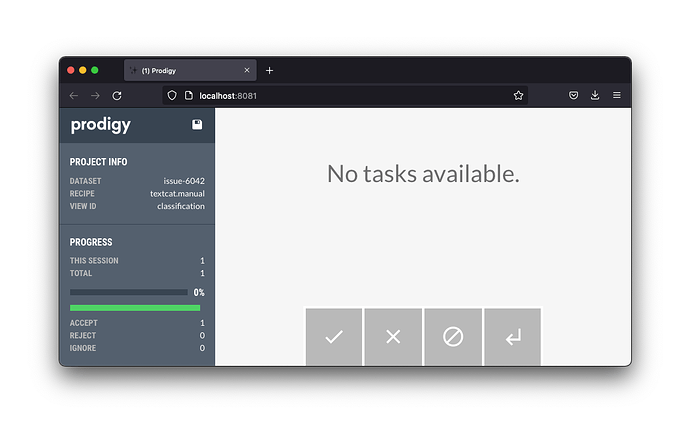 When I shut down Prodigy after this, indeed no examples are saved.

I'd need to check with the Prodigy team about this though. Part of me feels like it could be a feature to automatically save the examples when you hit the end of the queue, but it also feels a bit like an anti-pattern because the interface, as you mention, does provide a solution. 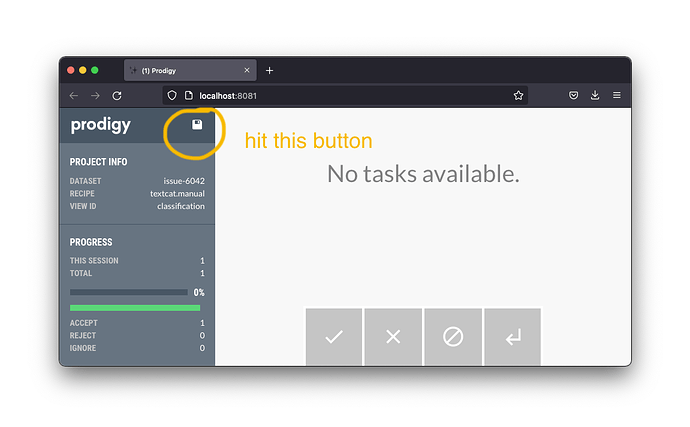 I can imagine it can be un-intuitive to some users, but it does seem like a valid quick fix for now, mainly because it's also the general mechanic in Prodigy to ensure annotations actually get stored. I'll pick this up internally to see what other devs think about this though.